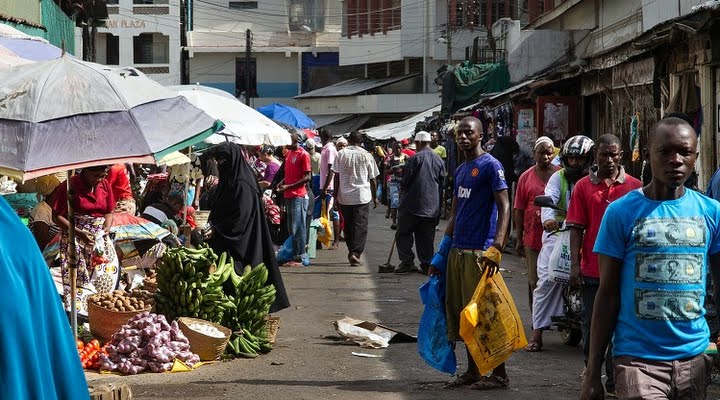 Africa's e-commerce has grown tremendously in recent times, from the shy hobby it was in the early 2000s, to a mainstream force of reckon. Today it presents the world's greatest opportunity, with it's unprecedented growth at 25.8% per year (compared to global e-commerce's 16.8%), shooting towards a market size of $300 billion by 2025 (from $18 billion in 2013). (continues below... )

Little wonder then, that the startup fever has truly blossomed on our shores, led by hundreds of millions in investor dollars pouring into the continent, each penny seeking to replicate the mad returns of the Tiger Globals, Rocket Internets and AIGs – those early foreign investors in our assumed pariah geography - who took risks while we slept.

This new wave has even started influencing the policies of African governments - for real, as more and more nations, move aspects of service delivery online, with many governments promoting "technology innovation hubs" or other a digital tech plan - at least in narrative.

To be fair, all of the above should be cause for celebration, as they portend a future of massive job creation, wealth generation, plus substantial upgrades in efficiency, service delivery and quality of life - as never seen before - across the continent.

However, when the curtains close, results are tallied, and stakeholders patted on the back for having done "something", would we have collectively gained the most possible – with the unique opportunity we have now, at this time in history? Since this new economy is driven by our new massive-scale connectivity, is there no way that we – the people – can add a collective push to existing initiatives as they are, to not only ensure implementation, but also to take those benefits to the lower rungs of society – where most people reside?

From the advanced countries of the world, we hear mostly (and often) about the e-commerce-powered giants, and "unicorns" of this age: The Googles, Facebooks, Ubers, Teslas, Baidus, Alibabas, etc. along with their billions in revenues and their innovations to upgrade quality of life on the planet.

What we hardly hear about are the hundreds of thousands of e-commerce-driven small businesses across those regions, who may never become "unicorns" or Fortune 500s, but each employ between 10 to 50 people, earn annual revenues between $50,000 to $2,000,000 and contribute in small ways to better service delivery, and living standards in their immediate localities.

The above is made possible by – among many things – the minimal differences in knowledge, and information access, in those regions - between big and small entrepreneurs. This has helped evolving innovations to carry the productive population along.

Copying the silicon-valley venture-creation models wholesale into Africa – with the much wider knowledge and information gaps between our haves and have nots – may create wealth for a few, but will not likely cause the widespread social upgrade, seen in other regions. Infact, it may even cause some adverse effects on the wider productive population, because:

1. Over 99% of our businesses are not even small businesses, they are micro businesses (according to SMEDAN data - for Nigeria). Most will never know why $300 billion dollars of their daily bread is leaving the streets, and those who know why, won't afford the full suite of e-commerce solutions to compete with those taking their business.

2. Our current models of enterprise discovery and support, are not scalable. A billionaire philanthropist estimated Africa's job-creation needs at 10 million per annum, and a former Nigerian central bank governor put Nigeria's needs alone at 12 million new jobs in 4 years. Whichever figure you take, these are huge numbers!

So how much of these figures will we achieve, if we depend only on "incubation" plans that have thousands of people apply online, yet select a handful - after a 3-month process, involving corporate consultants, and the same metrics that chased entrepreneurs away from banks? Clearly we can do better than this.

We believe that the enterprise discovery and support process in Africa must become much more democratized, aggressive and evidence-based to meet future needs, yet financially and operationally much more scalable than what it is today. Such a system (or systems) should aim to carry along at least these next (online addressable) 3,000,000 that make up the lower rungs of entrepreneurs, who are no less capable than the few who make the limelight.

Leveraging state-of-the-art data-technologies in existence today, a network of the world's best e-commerce consultants, and guided by the best, proven startup practices in the world today, we find that it's possible to take away the major pains of starting or growing businesses from their founders, in a scalable manner, and we're thus committed to making successful entrepreneurship more accessible, flexible and less risky for the greater population.

Vanubian upgrades your business into a growing e-commerce brand, builds your market share, and automates your operations, freeing you to do what you love most - satisfying more and more happy customers.